One reason I started a community page on Facebook and this very blog was the hope that I would inspire others to eat healthy (without depriving yourself) and be active. If this 50+, slow runner can run half marathons, you can too — if you want to. As I like to say, if I can do it, so can you.

Today I’m linking up with Tuesdays on the Run and we’re talking about inspiring people to run.

So what’s with the selfies/runfies?
Selfies, or running selfies better known as runfies, are a good way to try to get other people to think that maybe running isn’t so bad after all. You’re smiling — most of the time — right? You aren’t actually doubled over coughing up a lung (because after all, that wouldn’t make a good runfie, now, would it?).

Runfies have a purpose even beyond making it look fun — you may have noticed that many runners include their time, distance, and pace on their runfie, myself included (using the Fitsnap app, by the way)?

Usually you’ll see an average pace of 9 minutes per mile (mm), or 10 mm. Maybe 11 mm on a slow day. From other runners, that is. The ones who think they’re so slow.

Except on my runfies. Except for a shorter race. No, on my runfies, you’ll see a 13 mm pace or maybe 12:30 if it’s a good day. The reason I include that information is that if you look at most people’s runfies, you’ll see paces far faster than me. I want you to know that we don’t all run that fast. And that even if you’re running slowly, you are running and you are a runner.

Battling the inevitable
When I was dealing with hip pain before my Fall half last year, my sister, who is 7 years older than me, told me that’s just what happens when you’re over 50. Things hurt and they ache.

Group running
Every year in USAFit Albany we have returning members and a new crop of runners; many of the newbies are training for their first half or full marathon. Some are new to running; others aren’t, but have never tackled the longer distances or ended up injured when tackling it on their own.

I enjoy telling them about my goal to run a half marathon in every state, how many halfs I’ve run, and how I started running in my late 40s and couldn’t even run a mile before that.

Not because I’m narcissistic and self involved, because the reality is that I’m pretty modest; no, I share these things because I know that it does inspire people who find the idea of running a half marathon daunting to believe that if that short woman with the gray hair can do it, maybe they can, too. 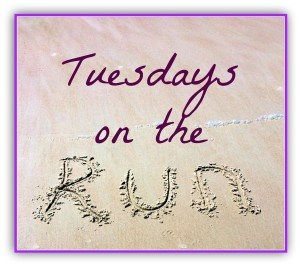 What did someone do to inspire you to run?