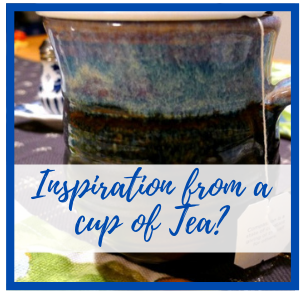 Can you get inspiration from a teabag? I think you can — and I gathered up five (plus a bonus sixth) messages from my tea that are perfect little inspirational quotes for runners.

1: Be guided: listen to the whispers of the universe
The universe does talk to us, but we often don’t want/like to listen. It often starts with a whisper, let’s say a little niggle. That niggle turns into more intense pain, but often we try to run through it. Finally that pain can turn into an injury. Much better to take a couple of days — even a week! — off of running than having to take months off or having to constantly run in pain.

2: Accept who you are in this moment, but acknowledge who you want to become
This is a great quote for the runner who is returning to running after an illness or injury. We want to pick up where we left off, but that may not be wise to do. Accept yourself, give yourself grace, and set goals that will drive you forward. 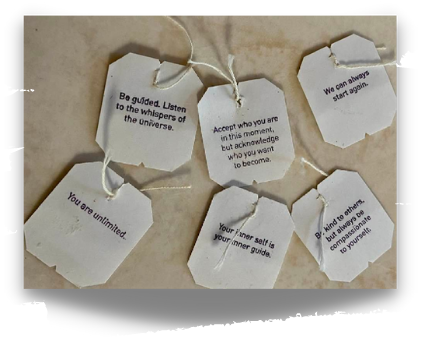 4: Be kind to others, but always be compassionate with yourself
Most of us are way harder on ourselves than we are on others. We will be quick to console the runner who didn’t snag that PR they worked so hard for, who didn’t run the race they wanted — didn’t even start or weren’t able to finish.

That inner voice? Sometimes it can be a real bi#*! Treat yourself as you would treat your best friend. Notice how everything becomes easier when you work on this.

5: You are unlimited
We are all capable of a lot more than we give ourselves credit for. Dream big. Go for the gold. Just remember the first four points!

Bonus quote: We can always start again
It’s a sign of greatness to pick yourself up, dust yourself off, and start over again. As the proverbial saying goes, it’s not about how many times we fall, it’s about starting over again after each fall.

Final Thoughts
I drink a lot of different teas, but one of the staples is Yogi Tea. I’ve been drinking that since long before I became a Yoga teacher. They just have flavors that I love!

Fun fact: Yogi Tea was started by Yogi Bhajan, who is credited with bringing Kundalini Yoga as we know it today to the West; read more about him here if you’re interested. As with many of the well known Indian “gurus”, there was eventually a lot of controversy surrounding him — but there is little doubt that as a businessman he was very successful.

Which of these quotes most resonate with you?

If your teabags have quotes, do you even read them?

20 thoughts on “Reading the Tea Leaves”