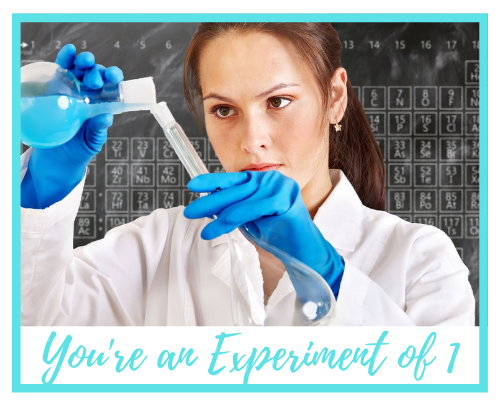 It’s oh-so-tempting to get caught up in someone else’s running journey. I blame Social Media for a lot of that — but sometimes there’s peer pressure in a group of running friends, too.

That peer pressure can get you out of a rut and out of your comfort zone — in a good way sometimes, and sometimes in a really bad way.

You do You
Do you look around and see someone running a ton of virtual races and think maybe I should do that?

Maybe your running friends try to convince you that yes, of course you can run that race, even though you have an injury.

Do you sign up for a trail race because all your friends are doing it — even though you hate trail running?

What about hiring a coach? Do you have a reason, or is it just someone else did it and they got stronger or faster so you think that’s the magic bullet for that?

Replace FOMO with Self Knowledge
Your mom was right, you know — if everyone was jumping off a bridge, would you jump off it too?

The next time you’re faced with something “everyone is doing” or find yourself envious of a friend, try coming back to the five whys. Ask yourself why. Once you’ve come up with an answer, ask yourself why about that answer. Keep going five times. Maybe you’ll decide it’s just not right for you, because you’re an experiment of 1 — or maybe you’ll decide that it’s worth trying at least once.

An experiment of one just means that you are unique. You have to try things and decide for yourself whether or not it’s right for you.

Don’t get me wrong, I’m not saying don’t do things with your friends. I’m just saying do it for the right reasons, not because everyone is doing it or FOMO.

How to support your friends
Let’s say you’ve dug deep and you’ve decided you really don’t want to do what all your friends (or those runners you follow on the Internet) are doing.

Become a cheerleader! Cheer them on for every success. Maybe offer to literally go and cheer them on. Ask them to tell you about their exploits, because you know how runners love to tell you about their runs/races. Offer to help them train — which doesn’t mean you necessarily have to run as much/as far as they are, but maybe you run with them for some portion of their training.

Final Thoughts
Never was there ever another you. We are all so unique, and that makes the world and life interesting! So get to know your one precious self. Don’t be afraid to try things — but realize when it’s not for you and do your right thing.

Trying new things is never a bad thing. That’s how we grow and learn. It’s only bad when you do things just because others are doing it — and not because you really feel called to do it. — Chocolaterunsjudy

What have you tried because it looked like so much fun on someone’s IG/FB/Twitter feed?

Are you easily swayed by FOMO?

Do you sometimes prefer to just cheer someone else on?