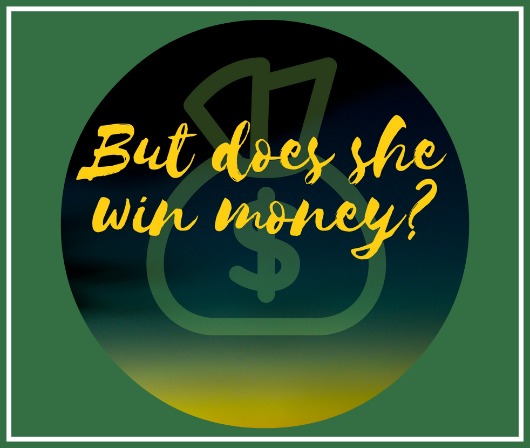 Clearly, my Dad, who raised myself and my two siblings to be competitive — in sports, in academics — doesn’t get it.

I was not athletic, and so I won very few sports medals growing up. A few swimming medals, a few for bowling . . . that was it. My parents exposed us all to a lot of things: dance, swimming, golf for my brother, my sister was a cheerleader, art, music . . . I was the smart one (not that either of my siblings is dumb, and my brother is a lawyer so nuff said there).

I was also competitive in music — but that was mostly similar to being competitive against yourself in running: you played scales, you prepared a solo piece, and you got graded (and it might get you into the all state band, which I did a few times).

So competition was installed in us from a young age.

If you find yourself losing faith in human nature, go out and watch a marathon.
— Katherine Switzer

Running is so much more than winning
If the only reason to run was to win or win money, there would be no running boom. Let’s face it — do you personally know someone who has won a race? Won money running a race? Of course someone must, but even though I have speedy running friends, I don’t know anyone who has won money for winning a race (winning money as a age group award is a different story).

It begs the question:

Why do so many people who will never win race?

Out on the roads, there is fitness and self discovery and the persons we were destined to be.
— George Sheehan

There are as many reasons to race as there are racers:

They’ll never understand
You would think my Dad, who got us into all those competitive sports, would understand. I’m quite sure he didn’t do it so that we could be bringing home awards or money. He wanted his children to be well rounded. To not be couch potatoes. To enjoy moving their bodies.

The truth is that most people in your life will probably never get it. They’ll wonder why you do things that can cause you pain. They’ll wonder, like my Dad, whether or not you ever win.

The best you can do is smile a little secretive smile when they ask you such silly questions, because the truth is, you do know a secret: the secret of why racing can change your life. Maybe you’ll change someone’s else’s life by being an example; or maybe not.

Even if you don’t change other people’s lives, you will absolutely change your own life if you race. I don’t know many runners who say that they wish they hadn’t begun racing. I do know some runners who aren’t into racing, and there’s nothing wrong with that.

The simplest answer of all
So the next time someone asks you why you race, tell them the simple truth: because it makes me feel good.

They probably won’t understand, because racing is hard. How can something hard make you feel good?

You have to race to get it. So just smile your best Mona Lisa smile and leave it at that. They don’t have to understand; the important thing is that you know why you’re racing and what you’re getting out of it.

22 thoughts on “But does she win money?”