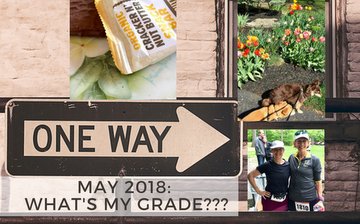 The weather turned much nicer in May — sometimes — although there was still a lot of rain. My runs are getting done, they’ve been strong, and my body feels generally good.

Yet I’ve been slacking in a lot of areas and just not motivated to do a lot of the chores that need to get done. That vacation can’t come soon enough!

Dynamic Warmup
I’m still going pretty strong with my dynamic warmups. Sometimes they’re rather abbreviated; sometimes not. I even did it — and a warmup mile — before my 5k this month.

Foam Rolling
I skipped the foam rolling one night last week when we were out until almost my normal bedtime (not saying much; I go to bed early!). I definitely felt the lack the next morning. I don’t think this is a case of how it feels during, but how you’re going to feel later.

Nutrition
I was chowing down on my home made granola without really worrying how much I was sprinkling on. There were multiple rich dinners out with the fam. Some of the “healthy” snacks I made may just have had a bit too much sugar for me.

I realized all this, though, and pulled myself together and stopped with the granola. Well, actually I’d already finished it off. 🙂 But I didn’t make more! I switched things up. I was rewarded on the scale at the end of the month.

Cross Training
I was back and forth with yoga this month, but it’s definitely dropped off. My weekly mileage hasn’t gotten that high yet, but life has been busy nonetheless. Most of my cross training was 10 minutes here, 15 minutes there. You do what you can and something is always better than nothing!

Which leads me to June Goals: 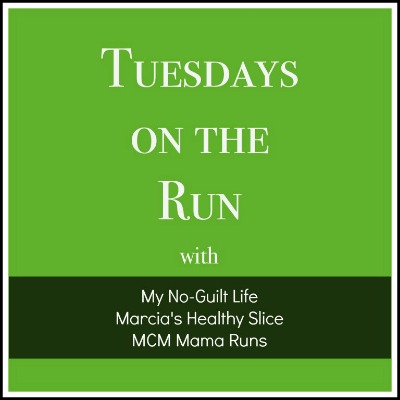