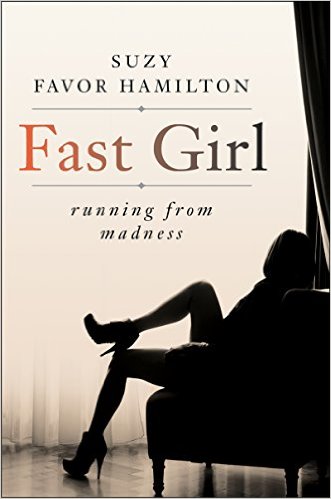 Reading Wendy’s book review of “Fast Girl” by Suzy Favor Hamilton reminded me that it was a book I was interested in, too. My library had it, it was available quickly, and I read it in three days. It’s been a while since I read a book so quickly — her ghost writer did a great job!

This is the story of Suzy Favor Hamilton, a gifted runner, a 3 time Olympian who never medaled, and, yes, the number two escort in Las Vegas at one time.

I actually have a connection to the book, which I did not realize until I read it. Basically, Suzy pretty much was an escort in the year between her appearances at RnR Las Vegas 2011 and 2012.

Guess which one was my first half marathon? And guess who walked the 2012 one with an injured friend?

Somehow Suzy Favor Hamilton was never on my radar, despite the fact that I enjoy the talks and attended a lot of them. And the fact that when she was meeting with her “boss” at the escort service, at the Venetian, I’m pretty sure I might even have been in the vicinity at the same time. I certainly could picture many of the scenes she describes in her book, although there are a lot of other scenes I definitely can’t picture or fathom.

I disagree with Wendy about not enough detail about Suzy’s collegiate running — almost a third of the book does detail her running career. I think, at the heart, Suzy wants to educate people about bipolar disease, which she was eventually diagnosed with and to which she lost her brother to suicide.

It makes me ponder the connection between running and addiction, because clearly Suzy had an addiction to winning, to shopping, to running, to sexual conquests. But that’s a blog post for another day.

Like Wendy, I can only shake my head at Suzy’s husband’s complicity in his wife’s escort career, because yes, while she makes it clear he did not approve of it and it in fact did drive a huge wedge into their marriage, he knew what she was doing. At least most of the time.

I found myself wondering if Suzy’s hypersexuality was merely a symptom of her as yet undiagnosed disease, why was none of it directed towards her husband, who she made clear was more a roommate than a husband during this portion of her life, despite the fact that he was/is the love of her life and the father of her child.

And they are still married. Best or worst husband ever? I guess you’ll have to read the book to decide!

I wonder, too, what her daughter will think of the book and her mother when inevitably she reads it at some date.

I don’t think Suzy really quite knew what she wanted to do with the book. Educate people about bipolar? Talk about her running career? Stroke her ego by putting her back into the limelight?

In the end it’s an easy, entertaining read about a life I cannot imagine and I do recommend it. See what other bloggers thought of “Fast Girl” at Wendy’s bookclub: 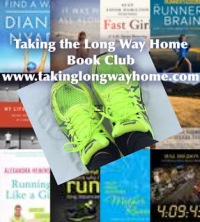 Switching gears completely, today’s Tuesdays on the Run is about gear you’d buy all over again:

None of the above are affiliate links, just products I enjoy.

I’m also linking up with MCM Mama Runs, Marcia’s Healthy Slice, and My No Guilt Life for the Tuesdays on the Run linkup.

What running gear to you buy every chance you get?