Fair warning: I was traveling this week so this post has a lot of photos.

Well, somehow I got everything together to get out of town, again, but damn, my house is definitely building up some clutter. I feel as though I’m never home long enough to declutter — or barely even to do the things I need to do.

People travel a lot more than me, they work, they have kids, husbands, and furkids . . . but lately I just can’t seem to get everything done. Even if I am crossing off most of my to-do list.

But that rarely stops me from wrapping it up with the Weekly Wrap from Holly @ Hohoruns and Tricia @ Misssipppiddlin because you just never know who you might inspire. 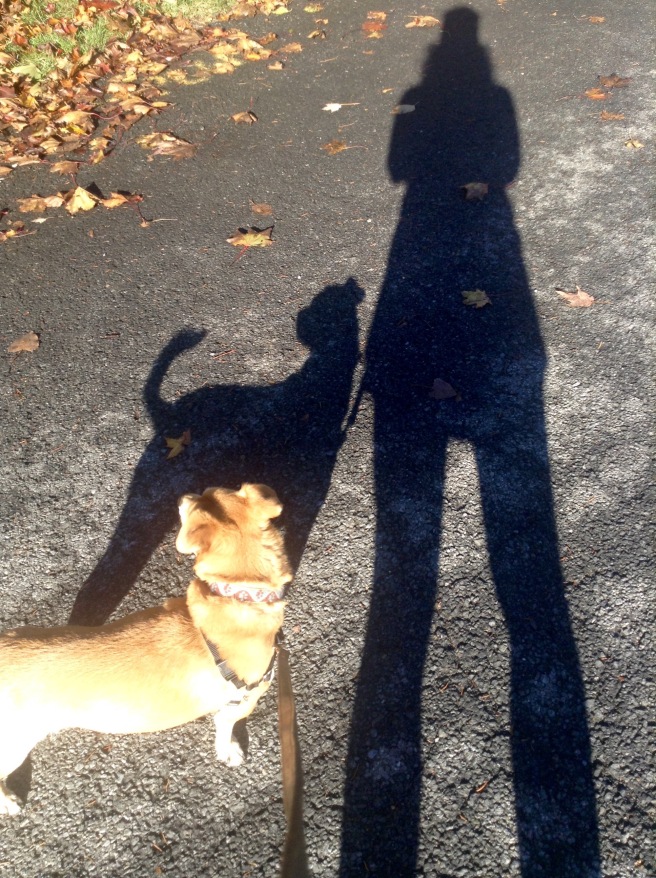 I decided, sort of out of the blue, to take Bandit with me on the run. Such a good name for a running dog, no? We had run together a bit when we first got him, but that was more sprinting than running.

This time I actually did my normal run/walk intervals. As I wrote in my TOLT post, it actually worked really well for him. And despite never really being trained to walk on a leash, much less run on one, he did really well.

Sure, he tried to pull over at times to pee on stuff, but he was easily redirected. And yes, I had to pay close attention to him because sometimes he zig zagged a little. Generally he did really good though — I imagine it would be a lot harder to train a puppy to run with you (remember he’s 8 years old)

He seemed to enjoy it. And then I finished my run solo.

I would have loved to get in 8-9 miles today — my guess was the weekend would be too crazy/busy to get in extra miles — but I also knew being gone that long and grocery shopping, which I needed to do, would be outside Bandit’s comfort zone.

So I headed out to do 5 miles. But my sister caught me first, and I knew she needed to vent, so I got out much later than I intended to. But this run was just lovely. And I decided to go for 5.75 (because I’d done 3.75 the day before).

I took Bandit for another slow run during the witching hour. We went 1.75 miles this time, so a total of 7.5 miles for the day. It was a little tough because I didn’t really have much downtime between the two runs, but it wasn’t too bad. The lovely fall weather helped.

Mr. Judy actually came home while we were out running. He tried to take photos of us at the end, but it didn’t work (new camera).

Got rained on pretty good while walking the dogs in the morning. It had mostly dried out by the afternoon, when I had time to run, but I still went with the treadmill. Sometimes it’s just a time thing.

As I wrote about in my coffee date post, I went to bed Wednesday feeling normal and woke up Thursday with a sharp pain in my inner groin – not DOMS.

It didn’t bother me while running or feel worse after; must have been the single leg squats the day before. 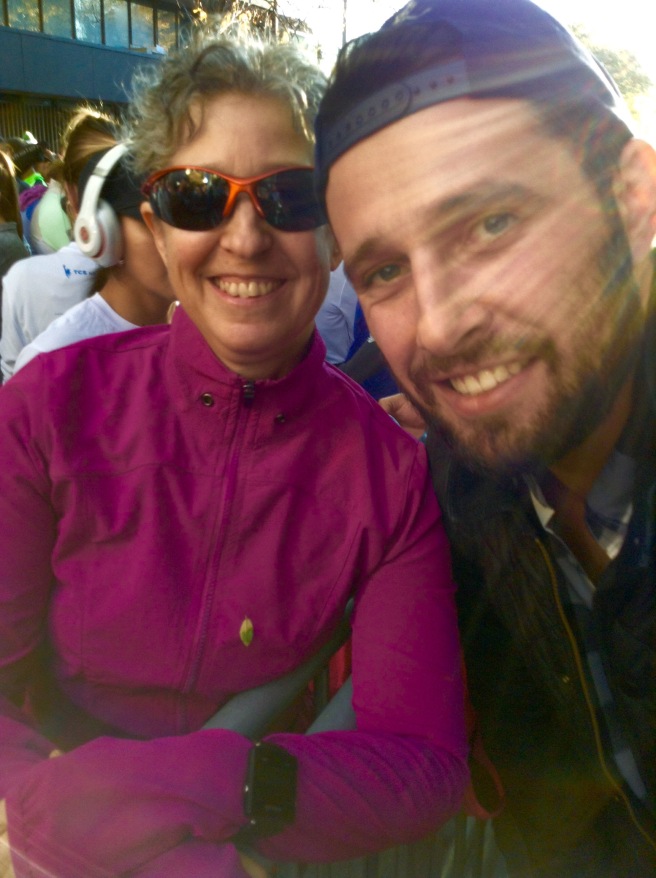 Such great running weather! I saw Darlene for the first time in months as we ran the Dash to the Finish Line 5k in NYC.

My nephew, who lives in the city, came to cheer me on, too.

I’ll recap it at some point but spoiler alert: it wasn’t officially a PR due to all the weaving yet I ran my fastest mile ever during it: 8:53.

Favorites of the week
It was a crazy busy week but the running was good and I had a blast in NYC, although Mr. Judy was a wee bit tired Saturday. He’s not used to piles of miles. 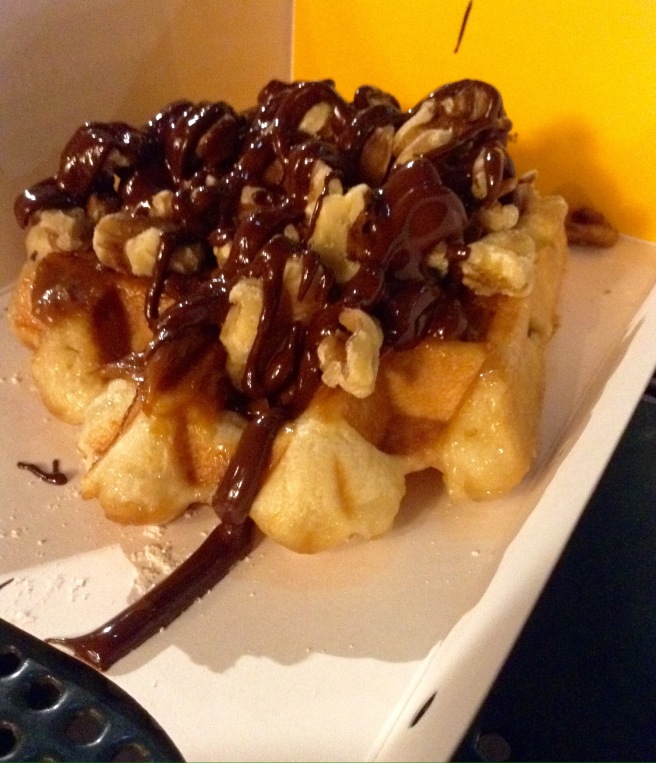 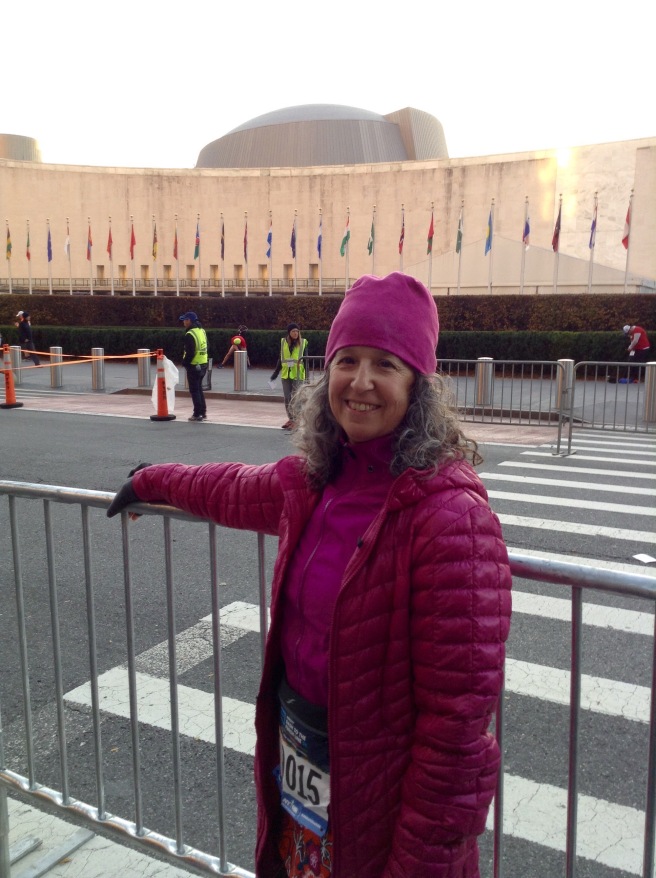 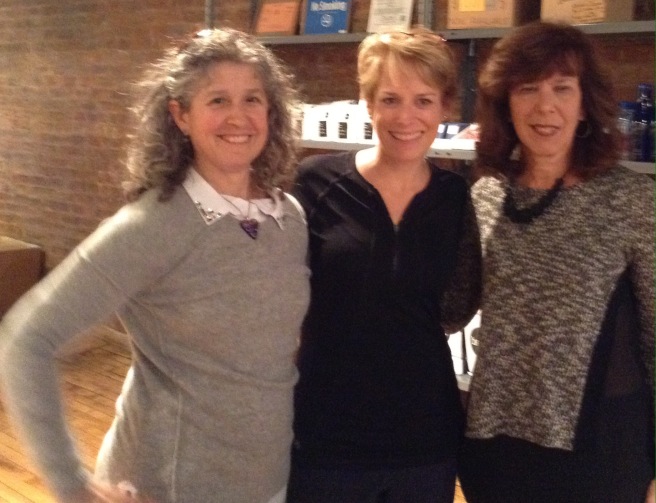 Do you know where your next trip will be?

Will you be running?