So why am I so tired? Well, of course, there was Monday, going through more crap/stuff at my parents, visiting with my parents, driving about  2 hours home.

Next I attacked the house and some decluttering. I spent 45 minutes cataloging clothes to donate. They’d been bagged up previously, but I never got around to listing what was in the bags. I know, I know, I should do it as I go along. Except it tends to be a shirt here, three there, and before you know it.

Then there was baking. A whole lot of cooking baking. Testing out recipes for Thanksgiving.Yes, it’s a week from this Thursday.

And oh yeah, November is typically my busiest month for races. Usually I’m done with my goal races and I prefer to race more when it’s cooler. Only this year I’m just three weeks out from a half marathon, so I considered Sunday’s race a supported long run.

Busy as I’ve been, I love linking up with the Weekly Wrap from Holly @ Hohoruns and Tricia @ Misssipppiddlin because you just never know who you might inspire. 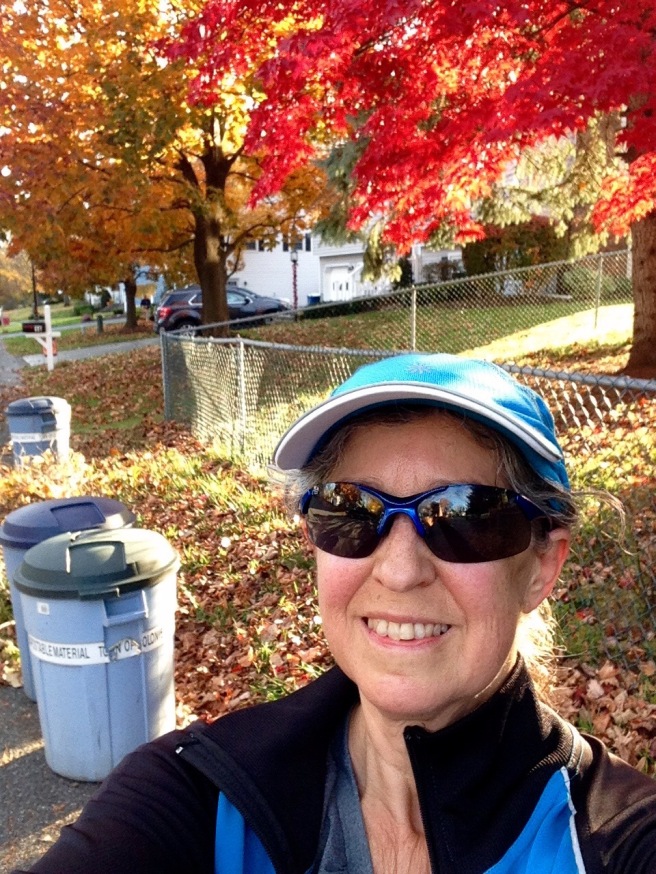 Those trashcans? Filled with leaves

I headed out and warmed up with Bandit in the neighborhood for a mile, then dropped him off at the house and run 400m fast, 400m recovery 4 times. I was shooting for about a 10 minute pace during the fast portion, because someday I’d like to run a 5k at that pace.

I never quite made it, but my last interval was the fastest and at least approached it at 10:16 so I was happy with this run.

Set out for an easy run with Bandit and took him along for 2 miles this time. It’s not like this saves me anytime at all, in fact, I’m probably slower with him along, but he seems to enjoy it. I think. He actually doesn’t stop to pee anywhere near as often as he does when we walk!

I dropped him off at the house and ran one more mile than did 4 strides since I had a 15k race coming up on Sunday.

I do love the light on the leaves in the late afternoon. The hard part is getting out the door when it’s chillier!

It was a cloudy, chilly day and I just decided to run on the treadmill to make life simpler. No worrying about Bandit, no runcrastination getting out the door, and I always figure it’s kinder to my legs.

Nothing notable about this run.

My second time at the Stockadeathon. I had a plan for this race. Did I follow it? Guess you’ll have to wait for the recap. Which probably won’t be for a couple of weeks. Sorry!

In the meantime you can read about last year’s race (my first 15k) here.

Favorites of the week
Perfect running weather, with the exception of Friday. At least the days I ran. We did have one very nasty, cold, rainy day but luckily I didn’t have to run that day. I’ve had my share of nasty, cold, rainy runs.

Loving the light on the remaining leaves in the afternoons.

A little retail therapy at TJMaxx (no photos — but I think I found what I’m going to wear on Thanksgiving).

I also bought Bandit some sweaters and jackets at TJMaxx, and while I was out running my race, Mr. Judy chatted with one of our neighbors, who lost their dog a few years back — they gifted us with Dakota’s jackets and sweaters. Thank you, Dakota’s mom & dad! Also no photos . . . yet.

Bringing together my Thanksgiving menu, slowly. These pumpkin corn muffins from Ambitious Kitchens made the cut. 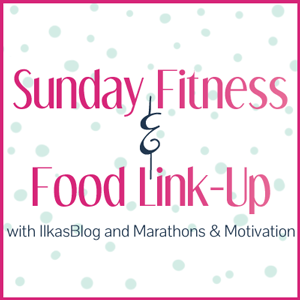 Are you making anything for Thanksgiving?

Are you done with goal races for the year?

Do your trees still have leaves?