Last week I ran the longest I’ve run in about a month: 5 miles. And it felt hard. I got to wondering will I ever run another half marathon? 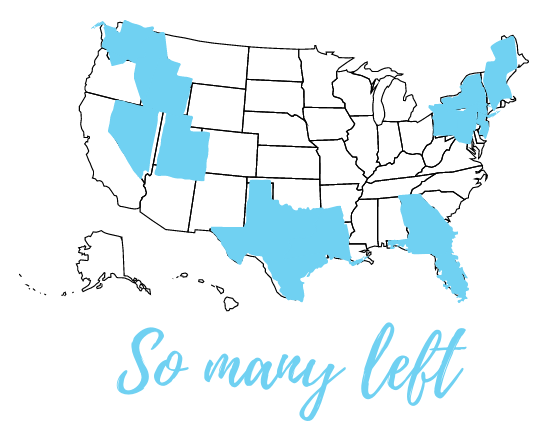 There are still roughly 30 states to visit
Yes, I’ve done about 20 states in my quest to run a half marathon in every state. That leaves 30 states. In a bit over a year, I’ll turn 60. I know there are amazing folks that run halfs into their 80s, but will I be one of them? Do I want to be one of them? Only time will tell.

I know why 5 miles felt hard
Because I haven’t been running a lot. Because of SADD. Because of all the stress lately. Because of cumulative stress from the last eight years (ill furkids, losing furkids, moving my parents, my dad’s battle with demetia and passing, the election . . . the list seems to go on and on)

Is the fire still burning?
I am not sure. I know when I tried to keep up with a longer long run this year, I felt run down. A lot. Thankfully not sick, but just as though I wasn’t recovering well from my runs.

I’ve spent most of 2020 running only 3 x week, never double digits, and not much more than 6 or 7 miles in a long time. There are lots of other things I want to do with my time.

Have I lost fitness?
I wonder about that a lot. Not much mileage. No real races. No really long long runs. Not enough strength training most of the time. Plenty of Yoga, though, LOL!

Do those miles feel so hard now because of stress? Because of reduced mileage? Because of all the time I spent with nasal breathing, running so slowly, even though that’s supposed to improve fitness? Or have I just lost running fitness because I don’t run as much?

Final Thoughts
I don’t have any answers right now, obviously. I’ve embraced the lesser mileage, the reduced days running, and tried to be kind to my body. I think most of us need to push less, not more, in these stressful times, but we’re all different.

The fire might return when times are more normal. Or not. I’m pretty sure I’ll continue to run, even if I don’t race, even if I never run another double digit run or half marathon. The call of a beautiful day and a new place to explore are hard to resist! There might also be other quests to conquer. Because life is boring without a challenge (although some challenges I can certainly do without!).

Final final thought: when times are more normal — yes, someday we’ll have a better new normal — the fire might return. All I have to do is look at that photo at top. That was taken during my second to last half marathon, almost three years ago. Let’s just say the race was hard (suspected mild food poisoning) but I still remember that satisfying feeling of conquering a mountain (literally, but downhill, not up) and crossing the finish line.

Can’t wait for your next live race?

Do you feel as though you’ve lost running fitness during the Pandemic?

What thing about running do you miss the most right now?

24 thoughts on “Will I Run Another Half?”