Every year I pick a word. It’s meant to be my focus for the year. It isn’t easy distilling what you want from your year down to just one word, let me tell you!

Many words are considered; only one is chosen.

I believe that my word for 2015 was progress, and I sure lived up to it, in running, anyway. There are links to all my posts summing up my year in running here.

Cynthia from You Signed Up for What?, Courtney from Eat Pray Run DC, and Mar from Mar on the Run have changed things up for 2016 & the  Friday Five. This week we’re supposed to be sharing 5 things about fitness, and at least some of my 5 and my word pertains to fitness, so I’m going with it.

I’d like to share with you 5 ways I plan to work on respect this year (and if you want to sing along with Aretha, I won’t judge). 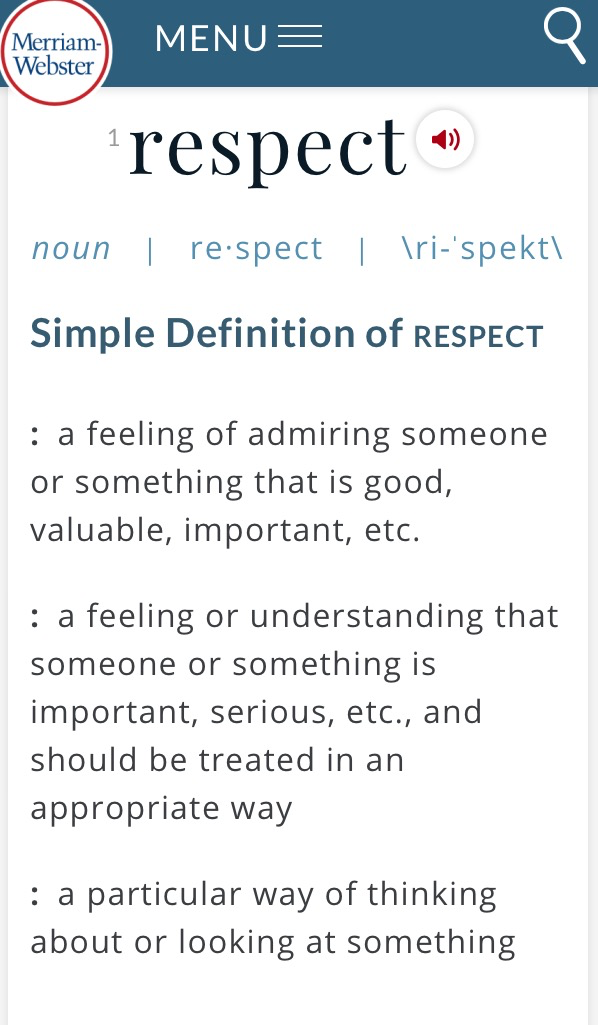 Respect Others
I am always trying to respect others, of course, but all too often I still fail:

This may actually be the hardest part of respect to work on!

Respect My Body
Eat healthier. I do eat pretty healthy, but there’s always room for improvement.

Accept where it is, right now. Yes, there are things I’d really like to change about my body; who doesn’t have things they’d like to change about their bodies? But my body serves me very well, and instead of being frustrated with it, I need to treat it with respect (i.e., as something that’s important).

Listening to my body is a huge part of respecting it — resting it when it’s tired, not rigidly adhering to a fitness/training plan, not pushing it past the breaking point, taking time off when I feel it needs it.

I did very well with this in 2015, but it’s still a work in progress, of course, and there’s a very fine line between pushing your body and listening to it.

Respect My Health
Never, ever take it for granted. I was a sickly child, for a variety of reasons, and I don’t take my health lightly — it’s very important to me.

Respecting my body goes hand in hand with respecting my health. It means preparing my own food most of the time, concentrating on whole foods, seeing the chiropractor, getting those massages, keeping up with my prehab exercises — I could go on and on.

Respect the Environment
When I started to write this, I thought I meant respecting the earth, which of course I try to do, even though I have no children to pass it along to. The earth nourishes us in so many ways, and it’s important to respect it.

I thought about it some more, though, and I realized this can also mean respecting my home environment.

I may have mentioned a few times that I’m not Suzy homemaker, despite being a 50s housewife trapped in a 21st century woman (who probably is way too opinionated and forceful to have ever been content to be a 50s housewife).

Having Thanksgiving at our house this year may have actually been a blessing in disguise. It forced me to do some major decluttering. I am proud to say that I have kept up most of what I decluttered (just don’t look at those kitchen counters), but there is definitely a lot more work to do.

My almost organized pantry makes me smile every time I use it.
Respect Running
Running should never be taken for granted. Just ask any runner that is sidelined by an injury.

Last year I decided to be my own coach, at least somewhat, and I tried out a lot of things. And I made progress (2015’s word). I plan to continue with that this year. I’ve got some big goals I’m working towards!

Do you pick something to work on each year?