What would you turn to if you couldn’t run any longer?

We all want to be that 90 year old (or older!) runner who is still running up until they slip away quietly in their sleep one day. I know it’s possible — but you only have to look at Kara Goucher and her struggles with focal dystonia which has greatly effected her ability to run to know that running is a gift that could be taken away at any time.

It would certainly free me up to hike more, and maybe tackle longer and harder hikes. Even though you can hike in Winter, it just doesn’t appeal to me. I’d definitely ride my stationary bike more, but that doesn’t get me out in nature. I’d have more time for Pilates, which I enjoy, but can’t squeeze in regularly If I had a pool to swim in, I could swim again. 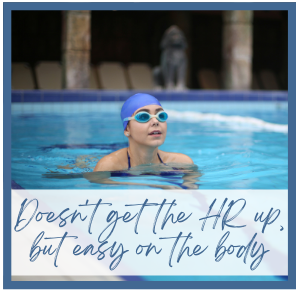 Final Thoughts
Nothing gets my HR up like running though! I would definitely be sad if I couldn’t run at all any more, but I think I’d be okay. I know a lot of runners, though, who really struggle when they can’t run. It’s good to diversify — especially good for your body. Running may not ruin your knees, but it can be hard on the body.

One thing that would be hard to replace — a thing that running brought back into my life after a long absence — would be the chance to compete. I competed in a variety of ways growing up (swimming, bowling, flute) and it was something I didn’t know I missed — until I started to race.

Have you ever thought about a Plan B?

What would it be for you?