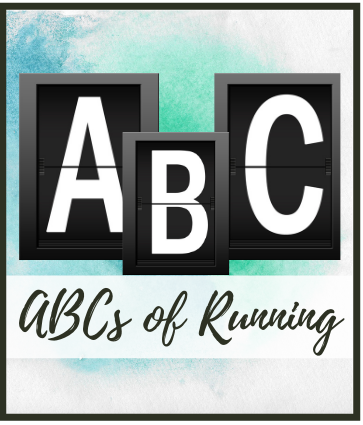 Some runners have been able to continue to race during the Pandemic, or at least in the last few months. Some haven’t, and some have chosen not to. I think a lot of us are/were rusty when it comes to training and racing.

A is for Attitude
A lot of runners have just been running — or maybe not running as much as they used to. Maybe you’ve let go of some of the things you did when you were “seriously” training to run/race.

Maybe you’ve lost a little running fitness, and maybe that’s frustrating to you.

Maybe you haven’t had to fuel for anything and you either forget to do it or the things that worked no longer work. It’s almost like you’re beginning over again!

Where ever you are, the most important thing you can bring on your run is your attitude. It can make or break your run/race!

B is for Balance
If you’re looking to start training again, don’t forget that your runs shouldn’t all be hard. Or all the same pace. Or distance!

You want a balance of speed, or distance, and most importantly — truly easy runs.

C is for Cross Training
All running all the time is the reason at least 70% of runners will experience an injury this year. Running is a very forward motion. It’s a repetitive motion.

Get on your bike, get in the pool, heck hula hoop if you enjoy it (it’ll work that all important Core, which could also be what C is all about).

D is for Distance
One run a week — even if you’re only training for a 5k — should be longer than the others.

Don’t go from 3 miles to 6 all in one jump, though, unless you’re a really experienced runner. Keep in mind the 10% rule: don’t increase your runs by more than 10% per week.

D can also stand for Don’t go out too fast!

E is for Elevation
Some runners embrace the hills and other runners do their best to avoid them at all costs. If you live in a flat area, you probably don’t have to worry about hills unless you’re going out of state to run/race. Hills will still make you stronger, though.

If you know your race will be hilly, it’s best to train on some hills maybe once a week. Otherwise your body could be angry with you during/after your race.

No matter what, hills will make you a stronger runner.

F is for Fun
No matter what, running should be fun — at least the majority of the time. Some runs are gonna suck, let’s be honest, but they make you a stronger runner — physically and mentally.

The temptation might be to be very dedicated and serious about your training if you haven’t raced in a year (maybe longer). Nothing wrong with that! Unless it leads you to burn out and running becomes a chore.

If that happens, ditch the plan (if there is one) for a week. Heck, take a week off running completely! I promise you you’re not going to lose a lot of fitness in one week. You might just fall in love with running all over again after a break.

Final Thoughts
It has been so long since I’ve raced in real life, I have no doubt when I do, I’ll make a lot of rookie running mistakes. Or maybe it’s like muscle memory? It’ll just all come back on its own?

No matter what, don’t forget what F stands for — and it’s not finishing (although that’s pretty awesome too).

Pick a letter and give me more Running Basics 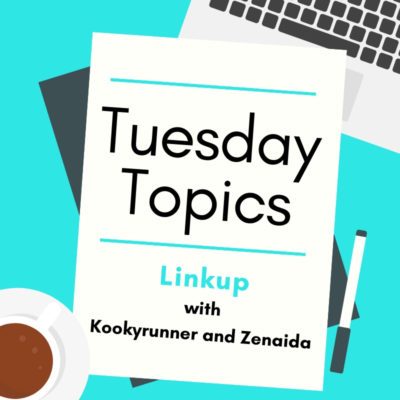 22 thoughts on “ABCs of Running”