I usually try to refrain from the “ohmygosh it’s already _____” statements. But ohmygosh I can’t believe September is almost over. Truly, with all the unexpected travel to my parents it went by in the blink of an eye. I’m joining Marcia @ Marcia’s Healthy Slice and getting a few other runfessions off my chest.

I runfess . . .
Lately the only reason my dynamic warmups have been happening are because it takes my Garmin Vivoactive 3 longer than I’d like to get a satellite signal most runs, leaving me enough time to do a quickie (and sometimes longer) dynamic warmup.

This past Monday I finally tried just seeing if it would pick up a signal on the run, like my old Vivoactive did. Apparently it will. Good, because I was really getting cross about how long it took to get a signal most days.

I runfess . . .
I am surprised that I’ve already had to resort to running in capris a few times when morning temps were in the low 50s. I’m always laying out two outfits, one with capris, one with a skirt.

My mom’s eyes nearly bugged out of her head one morning when I headed out for a run in capris and a tank top. Seriously, I wish I had a photo of that look! Mind you, this is a woman who wears turtlenecks all summer long.

I runfess . . .
This Monday’s run had me out the door without foam rolling. I’ll revisit this next week in my September grade, but foam rolling has been very scanty lately, and I miss it! I just knew I had a very narrow window to get out there for a run that wouldn’t be life-suckingly-bad once the clouds burned off.

It was the right call.

I runfess . . .
In that same run I headed out without applying sunscreen. Usually I do it first thing when I wake up to avoid getting it all over my running clothes. I used to use Sun Bum, which is clear, but I tried another one that was on sale and it gets on everything.

I do have one of those small solid ones for my face, which I used. I also used it on my shoulders, neck and decolletage. Unfortunately I couldn’t reach my back. Really not good, and I runfess it’s not the only time it’s happened this month.

Sunscreen, even on a cloudy day, is really important, y’all! Do as I say, not as I rarely do.

I runfess . . .
I had one night when I got home from a visit to my parents where I ate the Garden of Eatin’ Sweet Potato chips my mom gave me (because of course she thought this healthy version tasted like cardboard) and greek yogurt for dinner. I was exhausted! And I’m human. Those sorts of instances are the exception — for sure! — not the rule.

What do you skip when you’re running out of time?

What’s your go-to I’m-too-tired-to-even-reheat-something meal (not ordering in!)?

Have you had your first pumpkin whatever yet? Not me.

What do you have to runfess from September? Come join us

I am also linking up with: 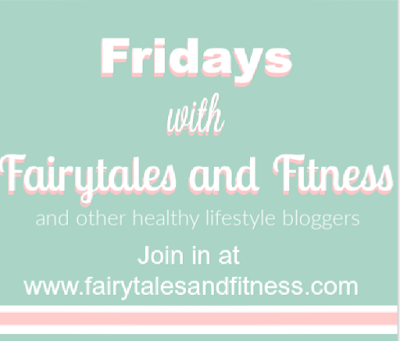 34 thoughts on “The one where I skip stuff: Runfessions September 2019”